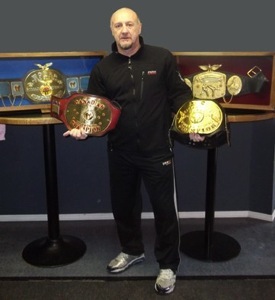 Stan has won over 1000 competitive martial arts championships in the last 40 years and has been awarded most outstanding male competitor numerous times. He has represented Team Canada at the World Savate Championships in Paris, France, and he was a coach for Team Canada in China. He has coached a trained various World Champions including Donny Lalonde. He coached Kit Monroe, the Canadian Boxing Champion. He was asked to go to Peru to teach their Military hand-to-hand techniques.

Some Internationally Acclaimed Champions he has coached:

Stan has also had direct involvement in the opening of the following Martial Arts Schools in Victoria:

On top of his busy schedule, Stan also donates his time to community events and local charities.