October 25th, 2014
Stan Peterec was inducted in to the Greater Victoria Sports Hall of Fame for his achievement both as a competitor and a teacher:

Stan Peterec – Martial Arts -Stan is a two-time world kickboxing champion who fought professionally all over the world. He won hundreds of tournaments and was often declared the most outstanding competitor. He represented Canada in France at the World Savate Competition, was the Coach for Team Canada in China, trained many title holders, and operates a successful dojo. Stan is a consultant for Black Belt Magazine that proclaimed him one of the world’s deadliest martial artists. He is only the third man and first Canadian to fight professionally for five decades. 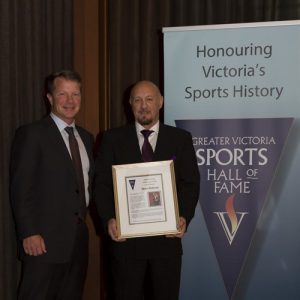 Click here to view an interview with Stan Peterec